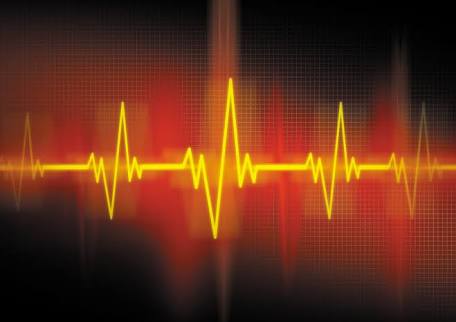 The sounds of nature have always been so soothing, peaceful whether it’s birds singing in harmony in the morning breeze or wind gushing through a dense forest, shaking each leaf to create a note to our liking. What about the sound of flowing or falling water? It would have been marvelous if it didn’t make you want to pee after a long exposure.

So, do all sounds fill us with joy?

An average adult hears about 712000 different sounds every day, from sounds of speech to sounds of cars honking and not all sounds we hear are pleasant  (The figure I provided above is made up to give this article the credibility that some people long for. After all, it’s not a rounded up number, so all such figures are credible enough for some readers to proceed).

The answer lies in the familiar rhythm that we are born with: our heartbeats! A silent sound that goes on within us until the end. And the heart is nearly always associated with love thus we love the sound of love.

There are still some things unexplained like the torture method of making one listen to the rhythmic sound of a dripping tap, the ticktocks of a grandfather clock or some forms of youth music.

After all, we are only human. 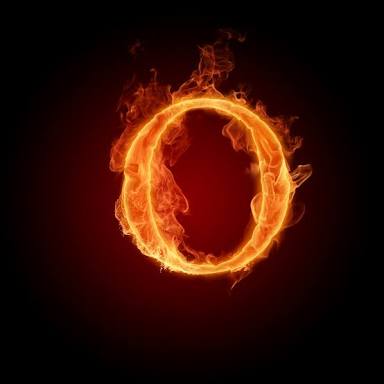 What’s your favorite letter in the alphabet?

It may sound like a weird question but I believe everyone has that one favorite letter and people are drawn to it whenever they hear its unique sound that sets off a tingle in the soul.

Mine is the letter “o”. It has always been. I love  how it’s articulated more than its round shape and marvelous curve, so it’s not physical attraction obviously. It’s much deeper.

Check out some of my favorite words in English regardless of their meanings: Parasol, Pastoral, Aroma, Slope, Mountain, Mojo, Oyster, Coral and Loo. And have you ever heard a more beautiful preposition than “Over”? They all contain the letter I have always been in love with even though not every combination works out for me. The word “telephone” repels me instead. Perhaps, I have heard it countless times from other people, strangers around me and it doesn’t feel special, unique and not only mine anymore.

I can never explain my attraction towards “o” but here’s a theory; all the words that have great significance for life, have it inside somewhere: Oxygen, Love, Soul, God, Women, People, Booze, Bacon…

And the names “Zoe”, “Monique” and “Olivia” have always drawn me to their owners.

Weird but my first girlfriend ever, who was not that attractive other than being a redhead, was the proud owner of the name “Rosemary”.

Before I finish… I want to mention how I find new music to my taste: I just Google (another sexy word) music, scroll down names of unheard bands and click on the band or the song name that attracts me. You’ll never believe how that will work out for you. If I hadn’t done that I would have never enjoyed “The Mojo Men”, “Voodoo Sex Stuff”, “Coeur de Pirate” and “Katja Vandl”.

The moral of this article?

From now on, pay attention to the people you meet, the new words that you encounter and their names and see who or what you are attracted to, to find your own favorite letter or sound. 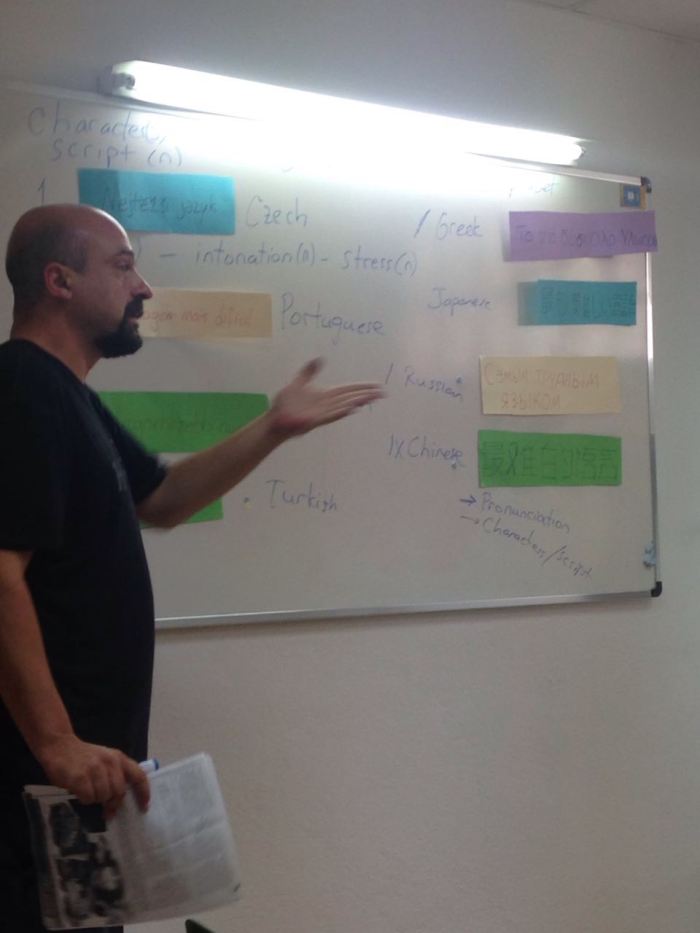 Languages are ways of communicating with fellow people whether it’s a blink of the eye, a bodily gesture or verbal gibberish uttered in a specific order. They all aim to serve one thing: making connections. There are no easy languages just as there are no easy people. It’s us who complicate everything; inventing sets of rules called grammar, training our vocal cords to sound each word alike like everyone utters them and making up words to describe things which could never be described like love, friendship, souls and even solid words like “apple”. Tell 100 people to describe an apple in one word and you’ll get 100 different words: Sweet, sour, red, green, small, big and nowadays even a computer. Tell 1000 people to do the same and you’ll still get 100 words as language is also a limited concept. So, what’s the use of languages anyway letting alone whether they’re easy or hard.

The true communication happens when you touch another person’s soul and your heart becomes the one that speaks. You don’t have to wail like a banshee to be understood. In complete silence, only the beating heart and the fluctuating soul is heard. It’s comforting, long-lasting and something positive.

Next time, exchange stares with a friend or a lover for prolonged times and value the share of silence.

P.S: Smiling while staring is perfectly okay, too and it’s far less creepy.

This blog entry is dedicated to the wonderful people I met during my stay in one of the liveliest cities of the world. So, if you’re looking for an entertaining piece of writing, you may be in the wrong place (unless you’re in it ). Read this at your own risk as it’s highly personal and there will be no refund for your wasted time.
I hereby thank the people below who have touched my heart and will reside there for the rest of my life. ..There’s no particular order in the names below. How could there be? There’s no order in my life: 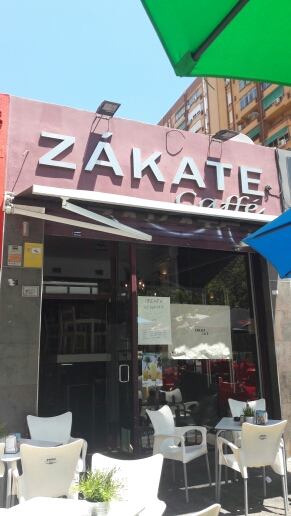 Roberto (Robin): The joyful owner of the Zakate Café on Blasco Ibaňez Street. He is the living proof that you do not need common language to communicate or even chat.

Vanessa : The merry, fire-haired baker of our favourite coffee shop in Benimaclet. The way she says “Hola!” can make anyone buy an extra bocadillo or two. Serving ten people in limited coffee breaks in relaxed Valencia is not everyone’s cup of tea but she can surprise you by teleporting herself to your table with the coffee you’ve been thinking of but haven’t articulated yet.

Thomas: The friendly German who overruns  (Literally). If you see someone running anywhere in the city and you shout his name, the chances are very high that it’s him. His hospitality matches his atlethic skills making him a unique asset to the city.

Alex: Along with Thomas, he may very well be the next German prodigy in athletics in the next Olympic games representing his country in all events. Apart from that, he is a great guide of nightlife and has mastered the Valencian way of drinking beer from the jug while explaining the physics of the whole process.

Carol: An angel who is so kindhearted that makes me wonder if she fell from heaven or just glided down to help people in need, volunteering in everything and not limiting herself only to Valencia. I met her when I had lost my faith in humanity but she literally hugged me back to my senses. Thank you!

Ana: I do not really know her but she was the one who showed me that the world is indeed tiny as she revealed herself to be the best buddy of our course’s secretary. She was the first person I met by coincidence (on my second day) and we already had a common acquaintance and loads to talk about.

Carol’s friends at the beach picnic: I’m ashamed to admit that I do not remember their names but that night they made me feel like one of them. The language barrier turned into dust as we communicated about almost anything from politics to how coffee tasted more delicious if a bean had been consumed and outed by a monkey in Spanglish, Italian and Google translate.

Diego: Pinar’s meet up Diego proved to be a true host even after us arriving 15 minutes late to meet him. Although he had dinner plans with his buddies, he tried to extend our time beyond its limits and introduced us to Ruzafa along with a brief introduction to Spanish politics.

Rafa: A true local of the Mercat central area with a vast knowledge of the city amongst other things. We felt like we had known each other for a very long time. He was full of joy which turned out to be highly contagious.

Victor: Imagine a street artist, a guitarist so talented that he can play local English songs with perfect pronunciation although not being able to speak a single word of English. It was a pity that he was like Cindrella and after 22:30, his glamour had to wear off. The laws prohibited him from carrying on performing his songs after that time but there were no regulations about drunken, shouting tourists stealing the tranquility of the night.

Cavus: When an expat misses home, he looks for a fellow countryman. Well, that had never been the case for me….until that time when we heard Cavus’s (Owner of the kebab restaurant Sofra) voice telling us to sit down and drink Turkish tea. It was so nice to experience Turkish hospitality once more as he offered us the restaurant’s most breezy table (evert time with complimentary tea). We witnessed a life changing event happening in our country together and sat for hours in front of the satellite TV in the restaurant’s kitchen.

Well,  next part will be about the rest of the people I met. …soon. …

P.S : You may have noticed that most pictures are missing people  (the main theme) but that’s for the readers to find out and experience the people  by visiting the places.

The requested GRL://person was not found in this life.

Life may be down. Please make sure you are connected. 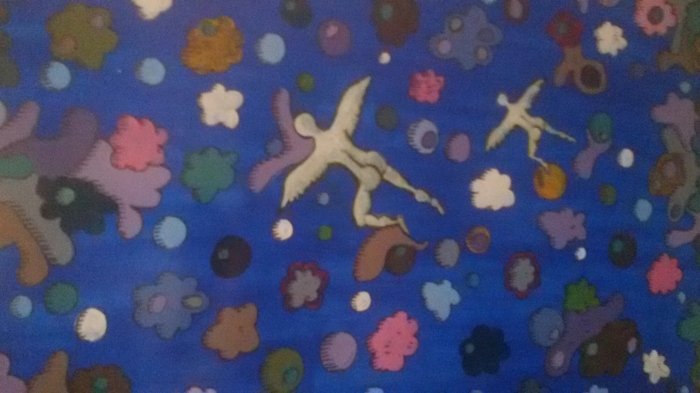 His world had turned upside down and from the depths of heaven, an angel emerged. With her smooth, silky white wings she carried him around where once the land had been. They flew to the ends of the world into divinity where no mortal had ever been. It was the first time he felt the gushing winds of joy, the warmth of an angel’s touch and the limitless freedom beyond. Tears of bliss drizzled down his cheeks, reaching a momentum and transforming into raindrops. The heavy makeup he had been putting on as disguise leaked off and blended into the cascade. He wiped them off with a roll of toilet paper and hurled it down. A rainbow of a thousand hues arched over them, each color representing a different shade of joy. Captivated by the angel’s spell, he figured out the true meaning of love and the  impossibility lurking behind. Nevertheless, he felt happy for the short, sweet journey they had made.